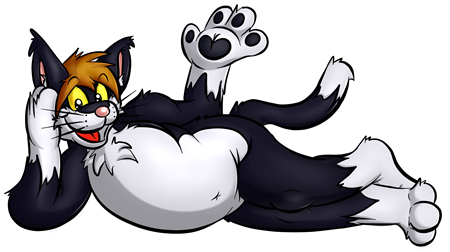 I orginally used this page to host videos of TV media coverage before the age of YouTube. Now, you can find the videos I've uploaded to Vimeo and YouTube here as well as some downloads. Only my most recent videos will appear here so feel free to check out my Vimeo & YouTube page to see more videos by clicking the respective logo.

Furries In The Media

As some visitors come here looking for these, for historical sake below are some videos featuring furries on UK TV. All of these downloads are WMV format other than Eurotrash which is Quicktime.

The first mention of Furries on TV in the UK. The Eurotrash team visited Confurence 9 to follow german fur, Skunki around, explaining the fandom. Covered in Eurotrash's typical tongue-in-cheek style and is not to be taken too seriously.

The Other Side - Human Furry Animals

Quite a sinister piece where the makers of the documentary portrayed the furs as "furverts" and fooled their interviewees into discussing subjects such as plushophilia. Fortunately this was only aired in London.

Ex-Big Brother contestant Anna Nolan infiltrates the fandom with Wabbit and Ursus who take Anna to a baseball game, introduce her to fursuiting, take her to a furry campsite and meet notorious body modification fan, Stalking Cat.